Posted on November 9, 2016 by drronthomasjr 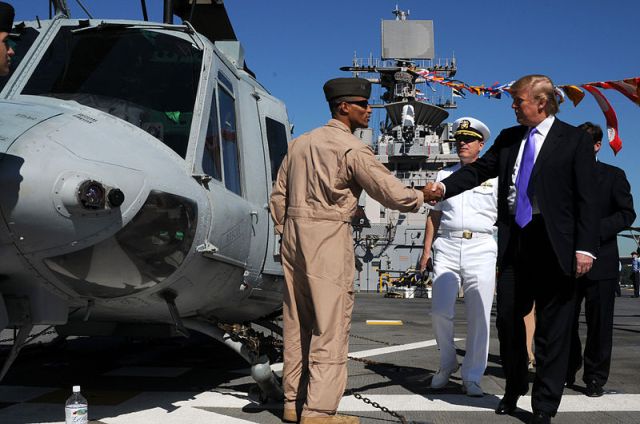 Do you have a customer loyalty card? Are you collecting points at Best Buy or Regal Cinema? Did you know that’s why Trump beat Hillary? It’s your fault.

The whole art of political polling hinges on being able to get people to give up information. That was a lot easier when most people had landline phones. I was fortunate, early in my career, to interview George Gallup, Jr., of the eponymous polling and public opinion organization. In that interview, he correctly predicted the coming of a non-Italian Pope. He was one Pontiff early, as the short-lived JPI came in before JPII, but that was demonstrative of how powerful old school research could be.

If it can do that, why couldn’t it foresee Trump taking out Hillary?

First, people are just harder to reach. I was one of the Luddites who clung to his landlines phones longer than most. To be fair, they were very cool phones, one built like the Starship Enterprise and the other like the Batmobile.

Now, with my only phone in my pocket (or sometimes intentionally left in the car if I don’t wish to be bothered), it is much harder for telemarketers to find me. Plus, I have two different call screening apps. I operate under the old Hollywood agent dictum, “Don’t call me; I’ll call you.”

Second, the old rules of sampling based on demography no longer obtain. In constructing survey samples, we are trained to have representative proportions of the group under study. If you could actually survey everyone, that would be called a “population,” not a sample. Even the US Census Bureau can’t get everybody; I worked with them and I know that to be true.

So, in this world of guesstimating, pollsters try to get the same percentage of Republicans, Democrats, Hispanics, Millenials, or other clumps of the population. If a county being surveyed is 34% GOP, then you want your GOP sample to be 34%.

As we slice and dice according to identity politics, trying to find that 0.7% sample to represent bisexual left-handed Asians becomes kind of difficult. Here is where it falls apart and traditional political operators get left in the dust. Sterotyping.

Who says that all bisexual left-handed Asians vote monolithically? Isn’t that a kind of discrimination via oversimplification? By that same logic, we would assume that all union members vote Democrat, all Catholics vote pro-life, and so on. That is the kind of thinking that leads to the faulty assumption that “the Black vote” is a thing that can be delivered like your favorite order in your Dominos app.

Which brings us to Cambridge Analytica.

This firm, hired by Trump’s organization, did the big data behaviour (note how that was spelt) analysis undergirding his campaign. So how does that relate to my Dominos app?

That huge data warehouse of consumer info you willingly provide for those points and coupons paints a picture not of who you are but what you are likely to do. The first time that Amazon.com said to you “People who bought this book also bought …” you saw this in action.

What the data miners across the pond were able to do was predict with a high degree of confidence (in both statistical and political terms) what people were likely to do on Election Day. By tracking actual activities (belonging to organizations, obtaining an education, driving a domestic truck, owning more than one dog, etc.), Cambridge and its ilk can project other things a person is likely to do. If I used to own a boat, shop at Bass Pro Shops every other month, and live within 10 miles of the ocean, and have an income above $##,###, there is a calculable likelihood that I would be interested in a fishing vacation package.

Likewise, other behaviors can be thrown into a statistical blender and come out with a smoothie capable of predicting the likelihood of voters in given locations and of given types choosing one unsavory candidate over another.

So, you and your free popcorn every ten movies are why Trump won. Sleep on that.

Dr. Ron Thomas, Jr. heads Thomas Consulting Group, a consortium of professionals in leadership, crisis management, and media relations.
View all posts by drronthomasjr →
This entry was posted in Uncategorized. Bookmark the permalink.